Gojira fans sorry to dissapoint but all the posts the band made over the months about recording,  they just recently announced they scrapped the songs. Now to be honest it wasn’t becuase of any errors or disputes or drama. The band decided to record songs 10, and then figured lets do another one, and another one. but then they had songs recorded that they didnt feel were up to par. So by scrapping the songs, they are essentially trying to deliver only the best to the fans. So no need to worry about an album that only has 100% effort put in, they are taking longer to record because they are putting in 200%. So its good news and bad news balancing themselves out to have an album as early as october, but most likely in the beginning on 2016. 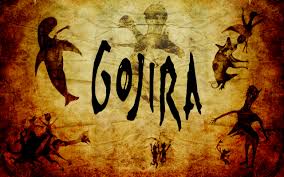 Meshuggah are planning on releasing an album in 2016! Now with that said, they were planning on being in the studio now recording. But they are currently playing festivals. So really lets be honest with eachother, Touring and playing big shows are essential to a band, so all they are doing is just taking a little recording studio detour to allow fans to come see them play a killer show at some big festivals. The band state that it may not be in the beginning of 2016 but we could possibly see an album this time next year to the fall of 2016. Either way Koloss was a great album is was only released 3 years ago, so we aren’t talking 5+ years between albums. Just keep rocking out to ” The demons name is surveillance” and a new album will be here in 2016.

Children of Bodom are set to release their album I Worship Chaos in October. Specifically a date of October 2nd was listed with the album being released via Nuclear Blast Records.

Angel Vivaldi will be playing a show July 5th in Camberidge Mass at the Middle East with my good friends Alterius. That will be a killer show, On one hand you have Angel who is an absolute great guitarist, and then with Alterius you have the guitar team that is (in no particular order) Nick and Henry.  i havent had a chance to listen to the other bands but there will be some killer guitar riffs getting played that day guaranteed! If you want more information here’s a link for the event.

Black Tongue released a new lyric video for the song L’appel du Vide from their   upcoming album ‘The Unconquerable Dark’.
Out September 4th worldwide via Century Media Records. have a listen for yourselves it sounds pretty good from what i am hearing so far.

Dew Scented have a new album to be released June 30th via Prosthetic records in the U.S. If its anything like their last album 2013’s Insurgent than we could be in for a great album.

Thats all for now, busy day today lots going on. but tomorrow i will be doing a throwback Thursday metal edition again. So i will be putting up serveal videos, or audio clips of some metal that i grew up listening to. Metal that was so good when i listen to it again, i instantly get pulled right back into a time of being younger and witnessing metals finest contributors and their works of art. Shaping the metal scene and actracting fans like myself.