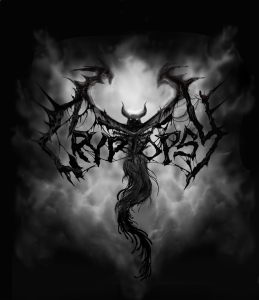 I want you to think about this for a second,

You grow up knowing that you will work a certain profession some day.  You need to pick a career and try to work your hardest at it to succeed. Now lets say you land a good job. You go to work, put in your time, earn a paycheck. You look at that pay check and you have all of your standard deductions and tax deductions etc. now lets say your employer also takes a portion of your paycheck.  Many of you are probably wondering well why would they do that? Some of you are probably saying “ hell no I don’t like the sound of that”. Some of you are probably wondering where I am going with this so I will explain.

For bands they have a few paths to take, they start out fresh and they do the typical journey of playing shows at dive bars basically anywhere that will allow an original artist to play. Now coming from experience you don’t really make squat when you are doing this, if you get paid, its peanuts. Your goal is to get on a label, because a label is where life gets a little easier. You don’t have to do your own promotions, you aren’t the ones making the calls, booking the shows, the label handles that for you. However if your livelihood is based on this type of career you are missing out on a lot. You are on the road constantly, you are trying to navigate the digital age we live in today, and at some point you want to actually earn enough to make a living doing this. Now what if you had started out made a big name for yourselves, got onto huge labels, but you were not really pulling in enough? Meaning you grossed a lot over a year, but the net you actually saw was a very small fraction of your gross earnings? What do you do then? There is one option, and that is go independent, but you have to work hard, and I mean work real hard for it. you are taking all the calls, trying to manage everything yourselves.

Cryptopsy did just that, they created a big name for themselves, and a fan base to go with it. This path is like starting your own company/ business. Anybody who has ever tried to start their own business knows it is not easy. You are your own boss and you don’t have a staff working the financials, the phone calls, the business planning, merchandise, product, etc. You are doing all the work to go the distance needed for success. Cryptopsy is doing that, they are handling all the business they can.

Imagine going independent, and then going on a tour. Work doesn’t stop because you are on tour, work is non stop. The world doesn’t go to sleep at the same time and wake up at the same time. 24-7 there is business to be handled, and Cryptopsy are doing that. They just finished up a tour that started in Worcester, Massachusetts, and ended in Syracuse, NY. They played shows all across the U.S. trying to stir up some support for their upcoming E.P. If you were fortunate to see them then chances are you not only were blown away by a great performance, you may have also heard a track from the upcoming E.P. title “ The Book of Suffering Tome 1” .   I saw them in Syracuse and I have to tell you the new material sounds amazing. They played songs from all their albums, and of course the first song I ever heard from them “ Emaciate” now that song blew me away the first time I heard it. From that moment I was a Cryptopsy fan for life. I got a chance to talk to Flo this past Monday and had mentioned that songs impact on me. To my surprise he told me they would be playing it that night. I can’t even begin to tell you how badass that is. That song came off their ” Whisper Supremcy” album from 1998, and to see them play it live is still having that “ WOW” effect on me. Then he tells me they will also be playing a new fresh song that will be on the Book of Suffering E.P. and then to hear that new song live was incredible, actually incredible is a monumental understatement. It was an experience like no other.

Now why should you be concerned whether they are independent or not? Because if you found out that in order for one of the best metal acts to put out new music is by getting a head count for who will actually by the album and pre ordering it. wouldn’t you want to help them out? Its like seeing signs for shop local, or help small business. Who wants to hear new music from a super talented group aiming to just crush every boundary and set the bar at astronomical levels? Who wants to help out a really stand up great group of guys living a life like you and I ? They are working hard for it, possessing integrity, principal, and devotion they took on a challenge that is a harder road. They aren’t just doing it for themselves, they are doing it for the fans. To get new music out more often, to give the fans their absolute best effort every time.

Now if none of this is getting you to check out their indiegogo page, then let me give my personal perspective. I have talked to these guys, they are all really cool collected guys. Every member had great things to say, and were very professional. They were nice, I mean you could talk to these guys like a friend. They have great ideas ahead, and to get their they just need a little help along the way. From hearing them for the first time, Flo Mounier became a drummer I have admired for over a decade. Talking to Chris (guitars) he has great ideas for the future of Cryptopsy and the guy is a really cool guy to speak with, shoot my girlfriend came to the show with me. The first thing she said when we lef tthe show was ” They were so nice, and Chris was so sincere, he looked scary angry like on stage but  he was so nice, they were so cool. Matt (vocals) was  constantly thanking the fans for coming out, when I spoke to him he was just very precise on what they wanted to accomplish. Make great music, give the fans the best they can. Oliver (Bass) is a cool guy, also thanking people for their support. And I gotta say, you see him on stage and he just has this menacing look like he is about to fuck shit up in a hard way. Then to talk to him after he is one of the nicest guys you will meet. Seriously these guys are a couple of normal guys trying to live the dream by working hard and delivering only the best they can to their fans. Buy their merchandise, Pre order the new album or pre order a campaign shirt. Hell they have options from digital download to having them do mixing for a song for your band. They are their own business, they are their own boss, they are their own marketers, they are their own sales, and all they want is for their product ( great technical grinding metal from Canada) to be the absolute best and put on great performances.

Here’s a little clip to get you amped for the new E.P.

So if that’s not enough

Here’s Flo, and why he’s one of my absolute favorite drummers:

Here’s Oliver, and Chris doing a play through for “ Two Pound Torch”

And because its not easy to find any videos of just Matt here are a few videos of live performance with Matt killing it:

SO COME ON! LETS HELP CRYPTOPSY MEET THEIR GOAL!!! Seriously right now their Facebook page has 277,000 page likes. And on their indiegogo page they have only 207 backers and $5,491 raised, with only 34 days left. That means they only have a quarter raised so far, out of 277 thousand page likes only a quarter raised. So come on anything will make a difference, maybe you know someone who would love a new Cryptopsy shirt, or the experience of a lifetime of guitar lesson via skype with Chris. The bare minimum donation is $5.00 for a digital download of the E.P. and since many people only use Mp3’s for their sound medium heck why not, $5.00 could help these guys out. It won’t buy you a pack of cigarettes but it will buy you extremely talented technical metal in the form of a digital download. So check their Indiegogo page out.

Also they have lots of great stuff on their facebook page, https://www.facebook.com/CryptopsyMetal

The link to the page, http://igg.me/at/Cryptopsy/x