Today the devil hath brought us a dark, and brooding album to listen to titled “The Obscene Rite” the third release from Pennsylvania  experimental black/death metal band Veilburner. 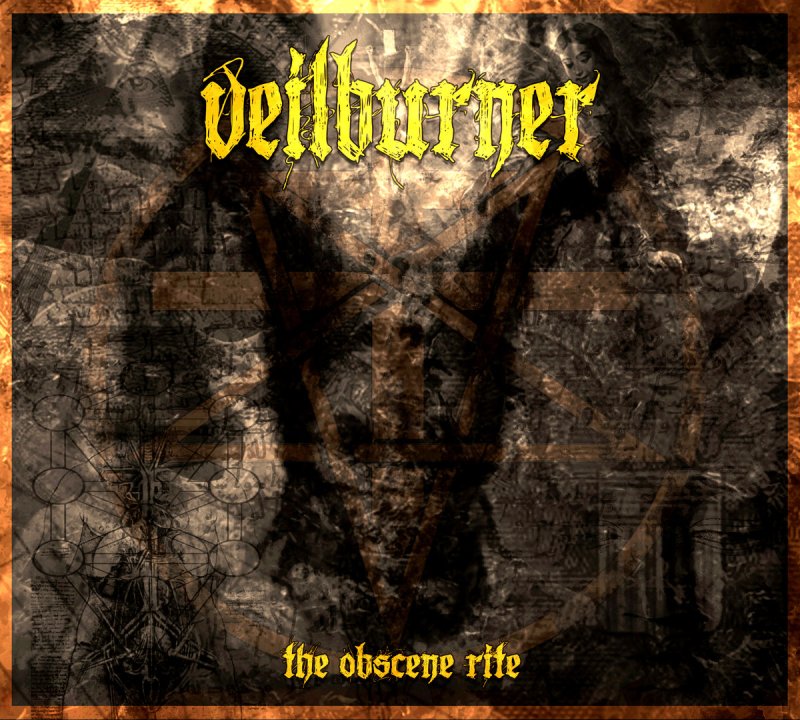 Now this is an album that came out back in September and while trying to review this album in my own regular format (track by track) due to the nature of the album.  This is not an album you can really breakdown the way I do on most reviews. But after giving this album many spins it was apparent that to get the true and full effect you actually need to listen to this album from start to finish without stopping or skipping.  To listen to each track and focus on one is taking away from the album as a whole. The songs blend right into each other and it really needs that continues play through to get the big picture.  This is the third release by these guys and holy hell is it dark and intriguing. The first track (Postmortem Excordium)  is the one that is going to set the pace of this album  because when listening to it you really get the full spectrum of what they are going to be hammering you with for 9 tracks.  The vocals are the closest thing to a pure evil entity summoning a dark and malevolent being. Yea it’d kind of like that, its dark and ghastly to listen to.  The lyrical content follows very dark and thought provoking theoretical situations about the human race and evolving past physical and mental limitations.  I mean lets just take a moment to understand their lyrics for a moment.  They are writing songs with lyrics that are based on humans evolving beyond our limitations, if that’s not enough to get you interested I don’t know what is. I mean any band could make lyric content about the typical themes, gore,  and the like. But Veilburner focus on a different (if not darker) point of view and the music relays that. Vaterchen is a great example of this, because the darker the content the music is going to reciprocate the feeling.  This is where they excel, really pulling out the big guns to make this some of the darkest music you have heard in a long time.  fans of Deathspell Omega, Akercocke, and I’d say Dodheimsgard will really appreciate this album.  If you like your metal dark, sinister, straight up mind bending evil sounding,  Veilburner have just what you need with their latest album. 8/10 \m/ But don’t take our word for it, have a listen for yourself by listening below.

Bonus:  since the album really should be played start to finish, and their previous releases are just as compelling as this one and it is cool to listen to Noumenon, and then The Obscene Rite from start to finish and back to back. But I must warn you, it’s probably going to fuck with you on various levels so make sure you are in the right frame of mind before you do.  Other than that get ready to have your mind warped from the brilliant and  mysterious Veilburner. Also it is worth mentioning that when The Obscene rite came out they were unsigned. And shortly after the release they signed to Transcending Obscurity Records.

Also if they offer up a sound you can really dig, then give them a like on FACEBOOK and stay current with Veilburner news.