Today we listen to the third album from the  NH based metal band Solium Fatalis titled “Neuronic Saw” and it is one hell of an album, very dark and very heavy. So lets get to it shall we

This song is a quite chilling and visual song giving the title of it, and the classical style of the song.  Jim Gregory the mastermind behind Solium Fatalis has done it again. This song is not just another intro track, it’s the bar they just raised. Now you’re going to have to buckle yourself in and get ready for the riffage.

Well this song starts out  very cool, solid intro with the guitars and drums playing  and building things up  and vocals join in before the thirty second mark. I dig the rhythm of this song, it has an impending and sinister feel about it.  And I am really digging the drums on this track so far.  It is worth mentioning that there is different drummer than on the previous albums, and based on how the drums sound. I am liking Jeff Saltzman behind the set for Solium. This is a cool song, very catchy, and I should mention the guitar solo right around the 3 minute mark.   This song has a lot of that blackened melodic death feel to it. I like this track because it has new blood on the drums. Being able to compare this track to the previous albums and seeing how Solium has evolved. This is a great track especially to be coming out of the intro with.

This song has a slightly more moderate pace about it, but none the less the track kills it.  Vocals remind me of older century media, Earache and Nuclear blast bands. You know what I am talking about, old Arch Enemy, Carcass etc. They have a darker delivery that’s more of a primitive form that is very effective with the imagery of the music really.  At three minutes and thirty one seconds this song cuts right through you with ease. Its not a long drawn out tune, they just steamroll right on through. The song is a killer track, it sinks its claws in to you with the guitar solo around the 1:50 mark and keeps you hooked. I mean listen to the guitar solo and tell me you aren’t interested in what Solium has to offer.

This song has a short fade in before that rhythm takes a hold of you and the 175 bpm gets you locked in for the ride that this song is going to take you on.  But damn does it get you moving before the vocals even join in, and I like the cymbal accents Jeff is playing on the ride.  The one thing I will say about Solium Fatalis, is they have a “take no prisoners” delivery to the music.  I mean take the vocals right at the :47 second mark,  no fucks given right there. They don’t hold back anything, ever. And that’s what I like, zero fucks given from these guys.  They formulate a song that’s as catchy as it is visual and when listening you find yourself to be lifted to your chill zone because you zone out almost hypnotized from the music. It flows in a way that is very appealing, straight to the point and catchy.

5) Hymn To The Infected

Well if that’s not a kick ass beginning, than I don’t know what would constitute as one. Just shy of thirty seconds and that set up was killer, fucking riff-nado, and a hailstorm of blasting drums.  I like this track so far, it’s profoundly dark in tone and delivery. From the album art to the music it’s all pretty dark, and its catchy as hell. Not to mention the guitar solo about halfway through the track really hits the spot. I like when a band throws a guitar solo in the song, Solium Fatalis are good for that. You have a lot of talent in the band, and then to not display what they are really working with would be an injustice to their music and fans. When listening to this song I have to admit, the talent that’s packed into this group is amazing. Its songs like this I get the distinct feeling that Solium Fatalis will become a more familiar name with the release of Neuronic Saw, and anticipate their fan base will continue to grow rapidly if they keep making songs like this one.

This song has more of an old school feel to it, and that beginning is awesome. When listening to this track you will undoubtedly be moving your body somehow, be it tapping your feet nodding your head or just losing it completely and throwing haymakers. This song has a feeling of satisfying your bloodlust.  Yea it’s like that, this is like the soundtrack for a criminally insane charismatic cult leader planning on opening the ninth gate. But before you know it the song is over, they packed so much into three minutes and eight seconds that kept you captivated the entire time and when you realize it you are reaching for the back button to listen to it again.

Alright, so this is the song right here. For Solium Fatalis, they have put out three albums full of solid tracks, but there is always that one track that has just a little more to it. The song has just a little more meat to it.  It’s the song that many will deem their favorite, well let us be the ones to say it first. This is our favorite track off the album.  After listening to the album in it entirety a handful of times this song is it. This song is the gem that is the one you should listen to first if you are going to formulate your first impression of Solium Fatalis.  If you aren’t moving to this song when you have gotten to the one minute mark then you aren’t listening to the same thing I am, this song rips. The 1:53 mark they kick it into high gear with filthy guitar riffs and ravenous blast beats. They made a statement, they came for blood and now you got a taste of it yourself. Do you keep listening to the album or spin this track a few times, we had to listen to this track a few times ourselves because it crushes.

They start things off heavy for the first ten seconds and then take it up another level when the vocals come in. This song is a slightly slower tempo again, but for each BPM less they make up for it in the dark angry delivery of the music.  And I am really enjoying those backing vocals on this track, this song is going to have to be my number two. There is something very visually detailed about this song, and if that’s what they are going for, then the guitar solo starting at the 2:38 mark seals the deal.  You can’t listen to this track and wonder why Solium Fatalis isn’t coming out of the mouths of so many more metal heads out there.

Cool perpetual guitar riff sets up the blistering blast filled drums and the vocals are right alongside them. This song has a lot of built up animosity. This track is savage as a fucking primitive beast with a thirst for blood and its feeding time. This is another great example of how they do not hold back. This song rips on so many levels, it makes a statement. The ferocity of this track is undeniable, the need to listen to this track also undeniable.  The beginning rips right from the get go and then following the drums and the rhythm. They hit us early in the song with a killer guitar solo around the 1:31 mark. This is one of those songs that when you listen to it, it gives you the mean face. You know what I’m talking about. This is an example of mean face right below. Jim gets it, be like Jim and shred some serious metal. 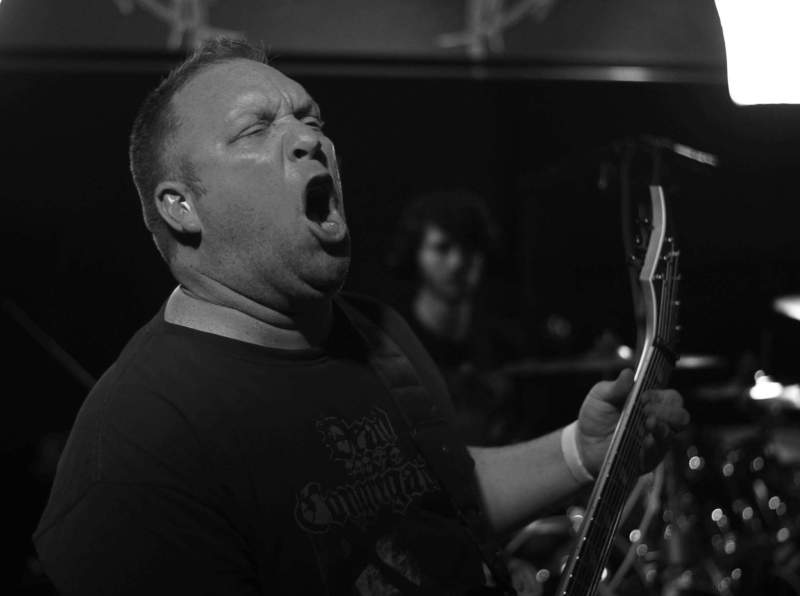 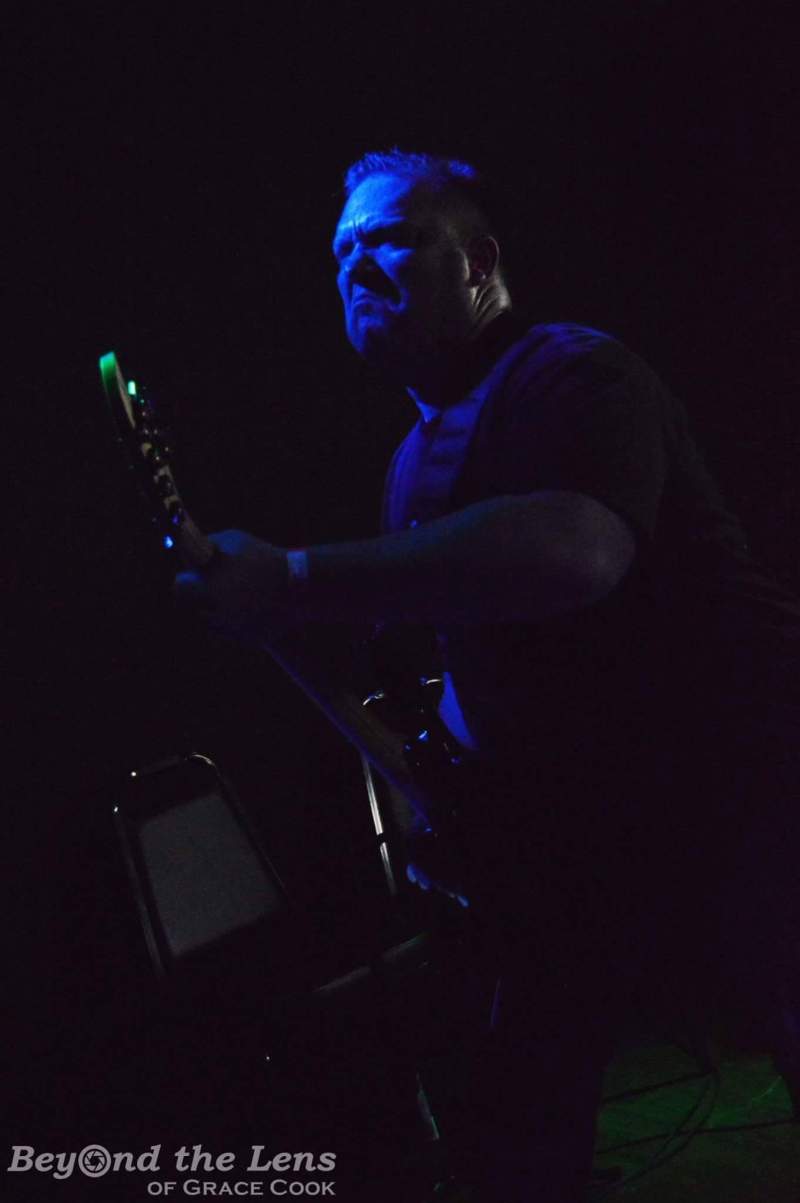 The final track off of the album, and while we would love to break this one down. You really ought to do that yourself. We have to save this one for you to man an opinionated decision  on your own.

This album is brilliant, Solium Fatalis are such an underrated band. The production of this album was stellar, not to mention it had Chris Donaldson of Cryptopsy working on this at his studio The Grid.  You don’t go to the grid and get a bad product, you don’t go to the grid if you don’t have something awesome to be recording. I listen to this album and every time I do I find I could sit and just loop tracks over and over. This album gets the job done from tracks like Nuclear Messiah, to contagion, the album has a lot of range, a lot of dark and savage range. But couple that with the talent those guys have is what makes this album a hit.  Check this shit out, you won’t be disappointed if you do. 9/10

Check them out on FACEBOOK by clicking here, and don’t be a dick, throw them a like while you’re there.

Photo credits belong to : Beyond the Lens of Grace Cook and Pamela Murphy