Every year new music comes out, sometimes you get excited and anticipate the release.  Other times you discover a band new to you because of their newly released full length or E.P.  2015 was a great year for metal, we had plenty of albums, E.P.’s singles and tours that happened.

Why make a list of the “best” or the “worst” albums of the year?  This is a list of our favorite albums of 2015, here you will find E.P.’s, full lengths, deathcore, black metal, death metal  grind and everything in between that graced our playlist.

In no particular order these are the top albums, our favorites, and the albums we simply cant get enough of.

While 2015 has given us so many more albums, we like to keep it short and to the point. If we went beyond and tackled the 100+  releases many of you would not stick around for the other notable releases on the list.

Feel free to comment with other albums you feel deserve to have made the list, and also it looks as though 2016 will have plenty of great metal coming also.  Big releases coming from  bands like Pig Destroyer, Alterius, Sevenday Curse, Solium Fatalis and many others. \m/

Thank you for following us on Facebook, Twitter and by subscribing to our emails. 2015 was a great year for us, and we couldn’t have done it without, the metal heads out there, the fans, the bands, the P.R. agencies and all the people who helped the bands release their music, and play local shows as well as tour. 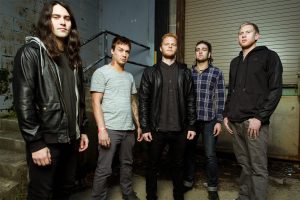 The song begins with a poly-rhythmic guitar riffs and heavy hitting drums, while the vocals bring precise delivery and brutal attack. This song starts out great, and keeps the listener moving with the rhythm and the orchestral keyboards add a nice touch to the song. This song is a great song to kick the album off with. The breakdown is brutal very enjoyable, and the outro is great, the bands abruptly stops with the electronics finishing the song up. I am not always a fan but if done correctly they add a nice touch, and they did just that here.

With a short little drum intro the song kicks into a really cool feel with blast beats and mean riffs also adding the squeals on the guitars. The beginning is a killer start to the song while keeping the heavy hitting during the verse, then transitions into a really contagious chorus with vocals you can sing along to head bang throw your fists in the air and move to. This song grabs you and takes you on a wild ride you will surely enjoy.

While the beginning leaves you wondering what it will lead up to, the bands fades in with an explosion of brutal Metalcore and the low beastly vocals with the orchestral keyboards and smashing drum beats taking your body to the limits. This song goes 0-100 in an instant and has no qualms going from 100 down to 50 for a brief moment to allow you to regain your composure as you get ready to jump right back in to the pit again. The verses are great, the choruses or downright awesome, and the background to this song that really gives it imagery is astounding. I have now played this song a few times because it is just that good, if the band put out a single for the album to demonstrate what this album brings to the table, this would be a solid candidate.

I really like how this song starts out, and the band just jumps right in to get the pit going. The vocals are great, the guitars are absolutely relentless and the rhythm of this song is a whirlwind of nothing but Metalcore madness. The menacing guitar riffs, the blast beats and the high vocals. This song goes through several changes but each one is brutal in its own design, and does not disappoint, they keep your ass locked into your chair while you struggle to catch your breath.

Orchestral organs lay down the scenery as an electronic beat begins to fade in and then the band joins in full force with an assault of sonic aggression hitting you from all angles. When the electronics make their presence known it opens the doors to a different atmosphere but slams that door quick and continues to fulfil the listener’s appetite.

This track begins with a heavy electronic rhythm then blanketed by heavy guitar riffs, and hard hitting drums to bring the intensity to another level. The song has brutal verse, and catchy chorus, and pulls the listener into many different directions all brutal and then lulls with an electronic rhythm to round the song out.

The song begins with an electronic rhythm and has anthem style vocals to engage the listener into joining in vocally. This track is a solid anthem filled with heavy guitars, drums and infectious choruses.

The track begins with a haunting ambience about it, and dives right into a heavy and punchy feel to it, with the electronics adding another layer to the song altogether. The verses are great, nothing short of gratifying. With the choruses being absolutely engaging. The last minute of the song is cool with the keyboards laying down some cool organ sounds, and then a nice little guitar solo to add to this splendid song.

This song hits hard with so much being brought to the table. The drums, the guitars, the vocals are well thought out and dance around the mid-range, as well as a higher range chorus section but the breakdown hooks you with deeper growling vocals.

This song has a cool feel to it with the sounds from the keyboards and the rhythm, it transitions into a punchier feel to it, and then goes back to the chorus that also has an anthem feel to it. This is a very catchy song, especially around the 1:20 minute mark where it gets brutal. I enjoyed this song, but feel as though the song was teetering on the edge of being an anthem for the masses, and then a brutal pit massacre of a song. I especially liked the heavier side of the song.

With a little radio static, this song starts off on the right foot by fading out of that and into something heavy. The opening line from the vocals is enough to get the show started with a menacing orchestral feel from the keyboards in the back ground and the guitar riffs layered over the drums, it’s a great beginning. The chorus is also very catchy, and the verses mean business. I am enjoying this songs diversity from the heaviness to the electronic sounds, especially the guitar solo at the 3:35 minute mark and the way it just ends.

A piano/ keyboard starts things off building up to the boiling point when the vocals join in and the band is playing some seriously heavy rhythms. The verse has a certain amount of an infectious feel to it especially with the keyboards in the background. This song has gone through a few changes already and each is surprising all on its own to how the band hasn’t lost sight of what they have come to do. This song is an absolute great song to end the album with, the verses are catchy, the choruses are catchy, the instruments are great and the work done to establish everything going on at the same time and working as a fine blend and not just a mess. This song is like a wild ride through galaxies and untapped areas of the human mind.

This album is a clear indication that Born of Osiris have been honing their craft and engineering superb soundscapes. They didn’t come to just “one up” their last album, they took the time to improve themselves as individuals, and train to deliver their best album to date. They have come a long way since “The New Reign”. This is an album that validates the notion that Born of Osiris just keep getting better with every album they put out.

A little while ago Cattle Decapitation posted on their facebook page that they will be on the “Summer Slaughter tour” This is great news, not only is their album coming out this summer August 7th, but they will be in Worcester Mass right after the album drops. That is going to be a killer show, Arch Enemy (w/ Jeff Loomis), Born of Osiris, Veil of Maya, After the Burial, and Obscura. This is a killer tour.

Here are the dates;